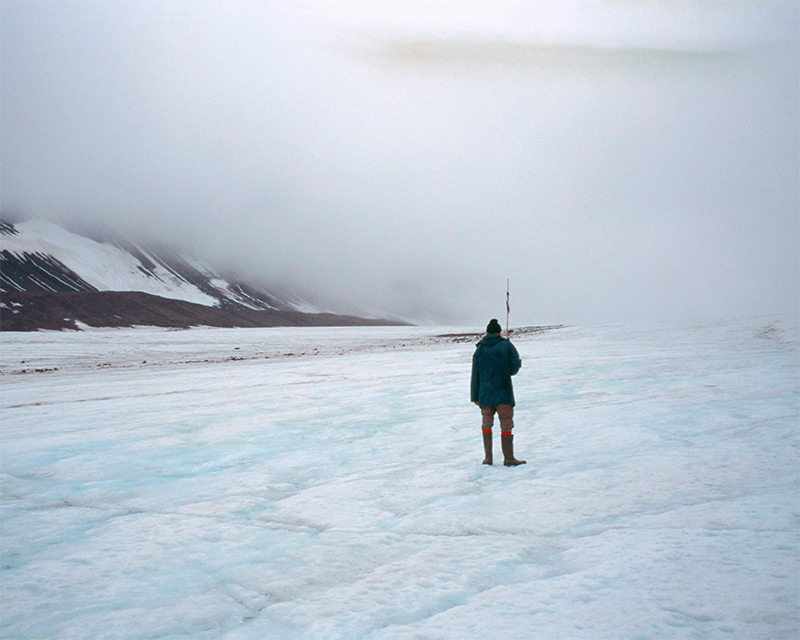 Spitsbergen is a group of islands between the 74th and 81st latitudes north and, thus, part of the Arctic. There was never an indigenous population on Spitsbergen, as in Greenland, for example. However, due to its strategically favourable position between West and East, the island archipelago has repeatedly been the scene of geopolitical interests and economic claims over the last 200 years. As a result, there are still two main settlements today, one Norwegian and one Russian, in addition to some abandoned settlements.

While coal mining was dominant in the Norwegian and Russian settlements for a long time until the 2000s, today, tourism shapes the infrastructure and the image of the place. While the region was once rather uninteresting for mass tourism due to its exposed nature, today, it is precisely this quality that is successfully marketed for tourism.

It seems paradoxical that this very natural space, where climate change is producing the most significant worldwide echo of rapid changes, appeals in its supposed pristine state to the longing for intact, untouched nature in a world that is becoming ecologically increasingly and dramatically out of balance.

In the current tense geopolitical situation between Russia and the Western nations, Spitsbergen, with its geographical position between the powers, is again coming increasingly into focus, and here, too, it is involuntarily moving out of its supposed remoteness onto the world stage.